The following letter appears to be being circulated online: 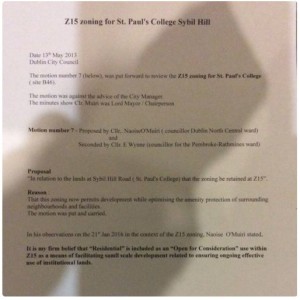 It omits the following facts:

(2) The Motion was passed by the full City Council – see Item 8, Page 5 of the set of Minutes at the following link:

Since being elected to the City Council in 2004 I have opposed all proposals to have this land rezoned to Z1 – Residential.